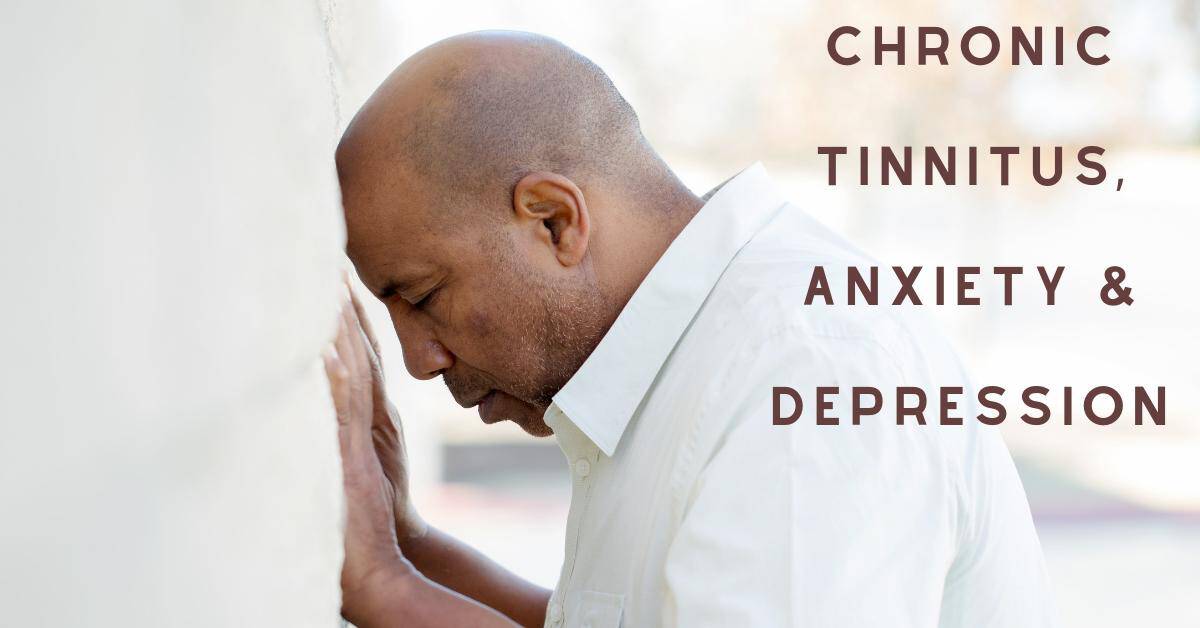 Chronic tinnitus is a condition afflicting many people, particularly those who have hearing loss. Although tinnitus is not necessarily co-present with hearing loss, many people suffer from tinnitus due to exposure to noise. The resulting condition of ringing, whirring, rushing, buzzing, or rattling in the ears can be frustrating for some and debilitating for others. Many people suffer from tinnitus at one time or another. Those who work or recreate in noisy environments may find that their ears are ringing after they leave the loud location. For those with chronic tinnitus, though, the sound does not go away. You can imagine how difficult it might be to focus on other things, including social relationships, when there is a loud sound of ringing in your ears while trying to carry on a conversation.

What might cause this relationship? On a very basic level, a person might suffer anxiety and depression as a direct result of the tinnitus symptom of ringing ears. The stress and hopelessness experienced by a person who can’t make the ringing in their ears go away is too difficult to imagine. Yet, there are other indirect relationships that might lead to a higher incidence of mental health struggles among those who have chronic tinnitus. This condition can lead people to shy away from social engagements in some cases, frustrated at their own inability to hear clearly without the impediment of ringing, buzzing, or static in the background. The resulting social isolation can lead to a host of negative mental health outcomes, including depression and anxiety. With the ability to connect with others, a person can end up feeling stifled, alone, and anxious that things will not get better.

The good news for those who suffer from chronic tinnitus is that there are solutions out there that can help. New hearing aids and other assistive technology are designed to cancel out the frequency of the ringing tone in the ears of a person with tinnitus, and other persistent sounds can be eradicated, as well. If you have been living with tinnitus, don’t delay to seek out assistance from a licensed professional hearing specialist at Pacific Northwest Audiology. A battery of examinations can be used to diagnose the particular type of tinnitus that plagues you, and your specialist can come to understand the nature, duration, and severity of your tinnitus condition. With that information in hand, our team will be able to recommend the right kind of assistive technology to help you escape your tinnitus condition.

The benefits to a person with tinnitus will be immediately noticeable, but the indirect effects on social relationships and general mental health may take more time to be discovered. Once the symptoms are gone, a person may become willing once again to engage with the social world and to rebuild relationships that had become too difficult to endure while suffering from tinnitus. Assistive technology has been remarkably effective to eliminate the effects of chronic tinnitus, and you can be the next to reap those benefits both for your ears and for your mental health.

There’s no reason to struggle to hear or experience the frustrations that come with tinnitus. Our team is here to help! If you’ve struggled with hearing loss or tinnitus, contact us at Pacific Northwest Audiology today.