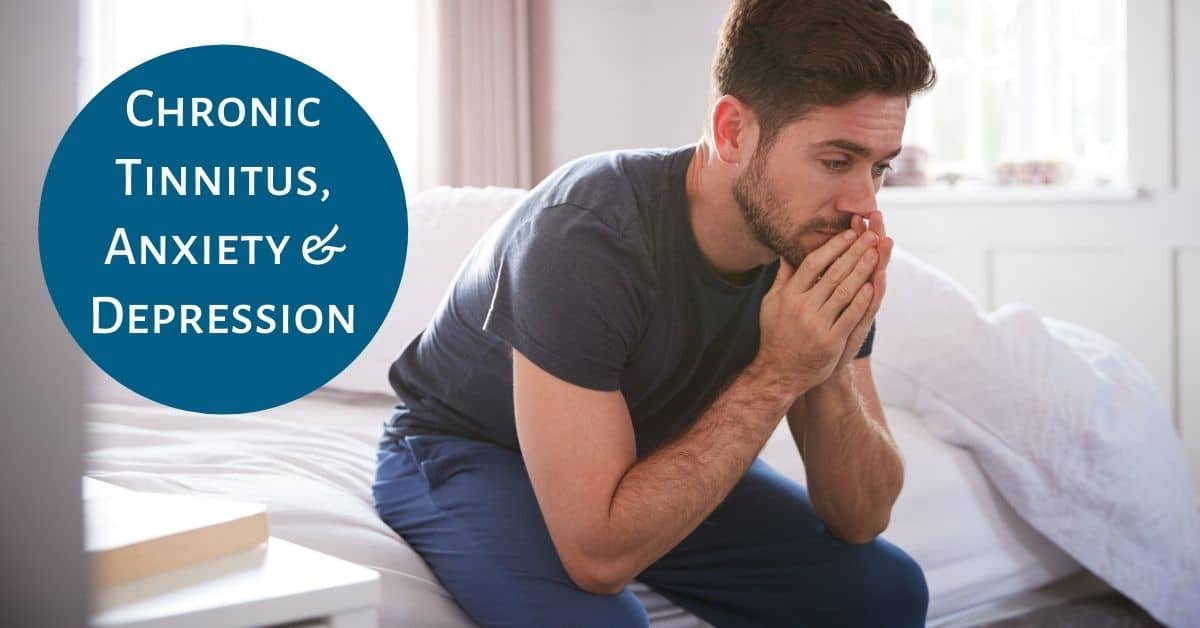 If you have ever been at a loud sporting event, concert, bar, or restaurant, you might remember the experience of stepping outside into the relative quiet and noticing your ears ringing. That sound most likely went away after a little bit of time, and you must’ve felt relief to return to true quiet.

For those who have chronic tinnitus, the persistent sound does not go away. Whether it is more like ringing, humming, buzzing, whirring, or sloshing, this sound does not have a source in the world. Rather, it is the effect of damage, bending, or breaking of some features of the inner ear.

The resulting sensation feels like “hearing,” but in fact it is not related to the waves of pressure vibration that cause regular sound to encounter the ears. In some cases, tinnitus is caused by something in the curvature, anatomy, or bone structure of the ear itself, but in many other cases it is located entirely in the damaged process of transmitting sound.

For those whose tinnitus does not go away, it can be a frustrating reality. Without a way to turn down the sound, it seems to become loudest in the quietest environments: while concentrating on work, while trying to fall asleep, or even while meditating. For these reasons, chronic tinnitus seems to be related to negative mental health experiences such as anxiety and depression. Indeed, a recent study out of Italy discovered a statistical relationship between the conditions.

Let’s take a look at the study itself as well as the implications for those who have chronic tinnitus.

The study titled “Relationship between Tinnitus Perception and Psychiatric Discomfort” was conducted by researchers at the Department of Otolaryngology at Catholic University in Rome in 2015, and it was published in the International Tinnitus Journal in 2017.

These scholars recruited 80 tinnitus patients who had been referred to them for treatment of chronic tinnitus. On average these participants had tinnitus for six years and nine months. The majority of them had hearing loss in high frequencies, as well.

What does this mean for sufferers of tinnitus? In the first place, those who do not get treatment for their tinnitus symptoms are more likely to experience psychological distress than those who either do not have tinnitus at all or who do get the help they need.

With the added benefit of mental stress relief, those who have chronic tinnitus would do well to inquire with a hearing health professional about the treatment options available. Although not all tinnitus symptoms can be cured, many people find relief from hearing aids suited to tinnitus treatment. Some of these emit a tone that, in effect, cancels out the sound of tinnitus.

With this experience of relief, those who wear these aids can focus on tasks and get rest, as well as promoting better mental health. If you experience chronic tinnitus symptoms, why not seek out a consultation with a hearing health professional? We can show you the benefits of tinnitus treatment which help reduce the associated symptoms of depression and anxiety, as well.