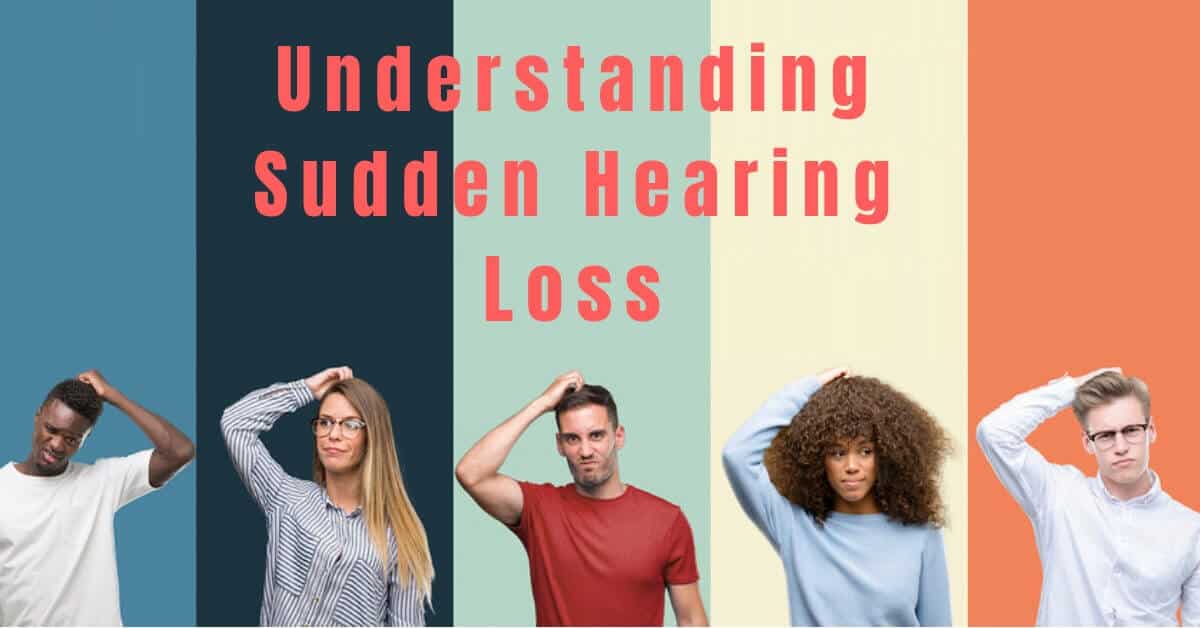 A woman sits down to have dinner with her husband, as they do most nights. As the husband tells her about his day, she notices that she is having difficulty hearing his anecdotes. She stands up and is overcome with dizziness, as well as ringing in her left ear. None of this has happened before. So, what is happening to her?

The answer is Sudden Sensorineural Hearing Loss (SSHL). It is an often-inexplicable loss of hearing, usually in one ear. Usually coming without warning, it develops quickly or over the course of a few days. It is common to first notice SSHL upon waking in the morning. There have been instances of a loud pop being heard before the hearing goes, and tinnitus and dizziness is often present.

It is relatively rare, being reported by only between one and six people in 5000 every year. But due to the difficulty in diagnosis, some believe the actual figure to be much higher. It tends to favor those who are in their late 40s and early 50s, but can strike people at any age.

Only about ten percent of people who report SSHL can trace it back to a cause. This might explain why the list of potential causes is so diverse. Some who have had SSHL have recently suffered one of the following:

How is sudden deafness diagnosed?

It is often a challenge to diagnose SSHL due to a lack of specialist diagnostic tests for the condition.

The first thing a doctor does is to rule out hearing loss associated with a blockage in the ear such as ear wax. They do this by using otoscopy to see if there are any blockages or injuries in your ear.

Once this is ruled out, a pure tone audiometry test is conducted which tries to see if there is any lasting inner ear hearing loss. This test checks to see how loud certain frequencies of sounds have to be before you can detect them. If you’re detecting sounds at a rate 30db higher than the usual human ear, it’s likely that you are experiencing SSHL or longer-term hearing loss. This test is also used to see whether your hearing loss is specific to the high, low or mid-range of frequencies.  If something is found, further tests are done to determine an underlying cause, such as blood tests, MRI and balance tests.

How is sudden deafness treated?

Once it is successfully diagnosed, SSHL is usually treated with steroids, which work to reduce inflammation and subsequent swelling. Steroids are usually prescribed as soon as the diagnosis comes back positive, as time is of the essence once it is caught. If treatment is delayed by more than 2 weeks, permanent hearing loss could ensue. People with the condition now have the option of getting the steroids injected directly into their middle ear, which wards off the side effects associated with oral medication.

The recovery rate of those with SSHL is high, with some or all hearing returning to normal within 2 weeks of reporting the condition. But this quick recovery rate could be jeopardized if you don’t report it to your doctor soon enough.

As with any condition that is hard to diagnose, it can be easy for people who are suffering from it to put off seeing the ENT doctor as they could see it as merely a side effect of a sinus infection or a blockage of the ear. But this is the wrong approach. You or your loved one should seek medical attention immediately, as the consequences for being slow to act can be dire, as previously mentioned.

Contact Pacific Northwest Audiology for all your hearing needs

If you have noticed any changes in your hearing, either sudden or gradual, it is vital to have your hearing tested right away. If permanent hearing loss is found to be present, hearing aids can make a significant difference in terms of restoring your ability to hear and communicate with your loved ones. Don’t let hearing loss diminish your enjoyment of life–make an appointment for a comprehensive hearing exam today!