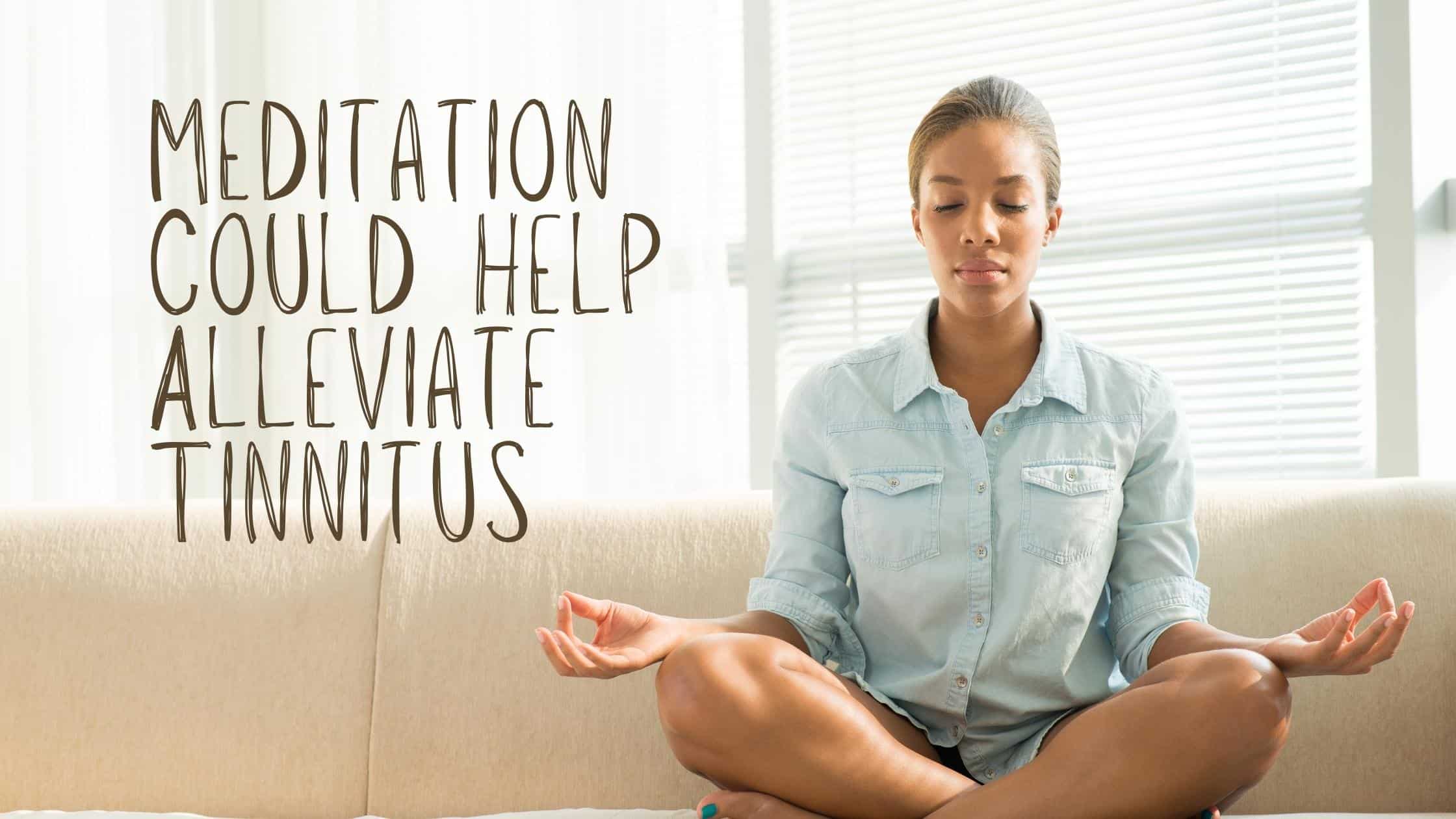 Those who have chronic tinnitus live with a constant, persistent, or recurring sound that originates from within the body. Without an external stimulus for the sound, it can feel like that inescapable sound is following you around everywhere you go. Those who have tinnitus have higher rates of anxiety and depression, making hearing health experts eager to understand what can be done to remedy the condition. Some people have had great success with treating tinnitus through the use of hearing aids that are equipped with sounds that in effect cancel out the sound of that ringing, buzzing, hissing, whooshing, or roaring.

Others are not so lucky and are seeking any way possible to reduce the mental toll of those persistent sounds. One of the treatments that has proven quite successful is meditation. It might seem counterintuitive to take part in a quiet ritual to alleviate a condition that is most pronounced in quiet environments. Yet, many people have found that this practice can lead to improved wellbeing, peace of mind, and even reduced tinnitus symptoms. Let’s take a look at how this treatment works, as well as some of the reported results for those with tinnitus.

Those who already have a meditation practice can imagine that tinnitus might feel like a distraction or intervention in the mental process. When one becomes aware of the sensation of sound originating within the body, it might feel like the only point of focus. Training one’s mind back to the object of focus can be difficult, whether that is one’s breath, sensations in the body, or a mantra. Each time tinnitus symptoms come into the consciousness, the meditator is encouraged to observe that thought and to return the mind to that other object of focus. The impermanence of all sensations only depends on the timeframe under consideration, so meditators are encouraged that they will not always be thinking about the sound of tinnitus. Another approach to meditation for those with tinnitus is to turn around that object of focus and to place tinnitus symptoms center stage.

Although it might seem counterintuitive, some have found relief from tinnitus symptoms by choosing to focus on the sound of tinnitus with deep listening techniques. During the controlled setting of timed meditation practice, any time the mind wanders away from focusing on the sound of the tinnitus itself, the practitioner is urged to return the focus to that sound. By flipping the nature of one’s mental attention toward the source of discomfort, some find a newfound sense of agency over the experience of that sound. By taking the tinnitus symptom under one’s own conscious control, the experience of tinnitus outside the meditation environment can be perceived as less of a threat to mental sanctity.

These meditation-based treatments for tinnitus have had some promising results. Some doctors combined mindfulness meditation with Cognitive Behavioral Therapy and found that after 6 months of using these techniques, 80% of tinnitus patients in the study reported a significant decline in tinnitus symptoms. Studies like these are useful to think about meditation as one component of a holistic approach to tinnitus. Other remedies, such as white noise generators playing sound during sleep, have helped with other symptoms such as insomnia and depression.

One of the most effective treatments for tinnitus comes from a feature of the latest hearing aid technology. Not only assisting with amplifying sound in the environment, these devices can also emit a precisely specified series of frequencies that are used to mask the sound of tinnitus. Phase cancellation makes it possible in effect to cancel out these tones through subtle high-frequency pitches that are useful for treating some forms of tinnitus.

Although no single treatment has been effective on all tinnitus patients, a comprehensive treatment regimen can be quite effective as a remedy. If you have tinnitus and have not found treatment for your symptoms, why not take the opportunity to contact our hearing health professionals for a diagnosis of your hearing needs and a recommendation of treatment. When you look at the total picture of your hearing needs, this expert can provide the support you need for your own individual condition and lifestyle.