Hearing Loss is Associated with a 91% Increased Risk for Dementia 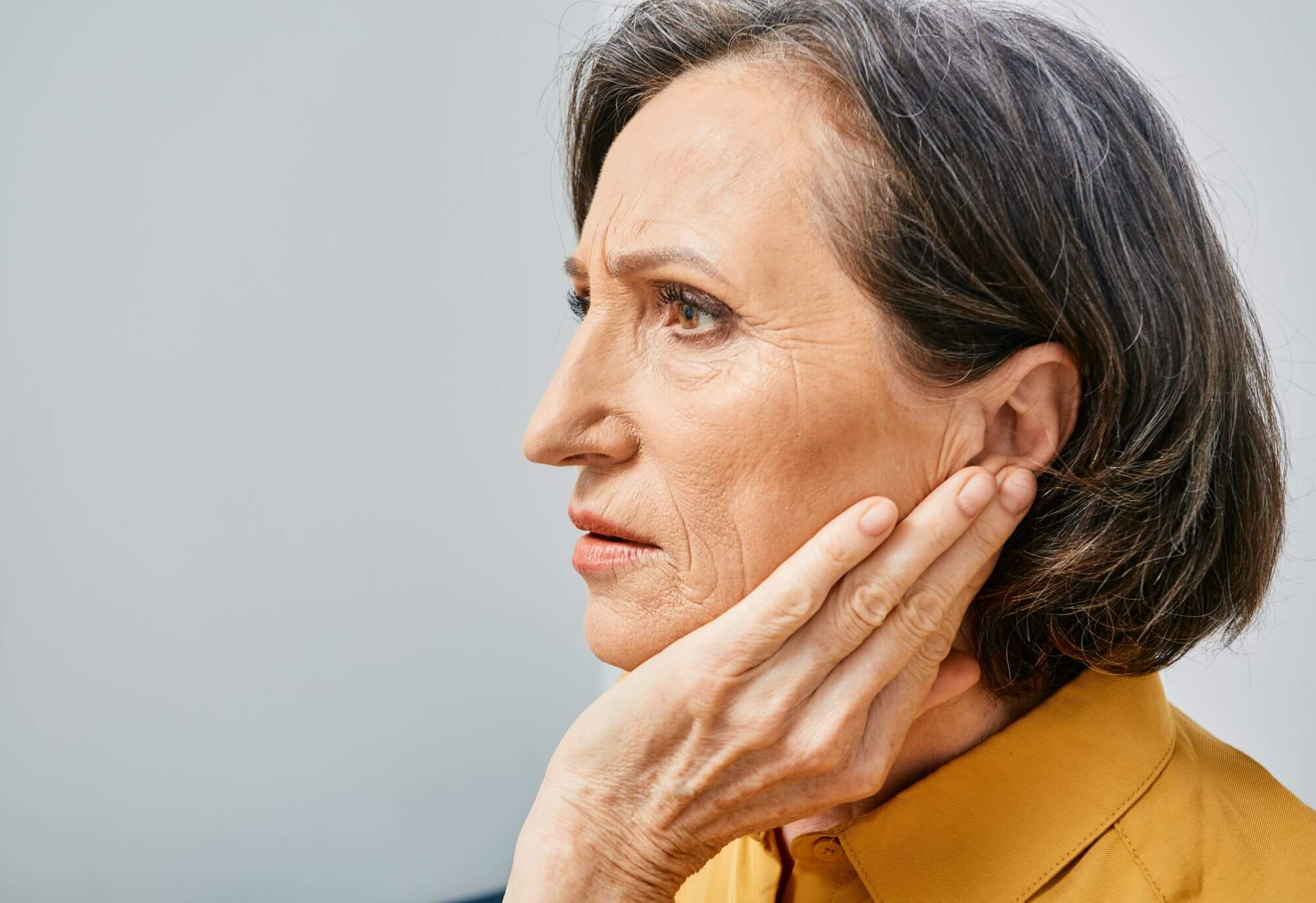 The number of people living with dementia is projected to triple – from 50 million people worldwide to 150 million by 2050. Dementia encompasses several types of medical conditions that are characterized by declining cognitive functions. Deteriorating brain health includes declining memory, decision making, communication, completing everyday tasks etc. This can lead to personality and behavioral changes, impact relationships, and ability to navigate daily life safely as well as independently. Because dementia is irreversible, identifying modifiable risk factors is an important prevention strategy. Research shows that hearing loss is a risk factor, highlighting the importance of treatment and protecting hearing health.

Impact of Hearing Loss on Brain Health
Hearing loss can impact the brain in several ways. It is important to understand that hearing not only occurs in the ears but also the brain. There are specific portions of the brain that are responsible for processing auditory information. So when hearing loss is present, these areas are affected. This impact can include:
Brain atrophy: studies that look at how hearing loss affects the brain have shown that areas of the brain can shrink, known as brain atrophy. Because the brain is receiving less auditory information, these areas become less active. This can lead to a loss of neurons and restructure neural networks which can contribute to cognitive decline.
Cognitive overload: hearing loss involves the brain receiving less auditory information. This brain then exerts more energy and effort searching for and trying to process sound signals. Other areas of the brain can also compensate which leads to cognitive overload. This can contribute to greater fatigue as well as cognitive decline.
Social withdrawal: a major effect of hearing loss is social withdrawal. To limit communication which becomes challenging, people avoid social interactions as well as spending time with others. Reduced activity and engagement results in less stimulation for the brain, contributing to cognitive decline.
These effects can take a toll on brain health and contribute to the development of dementia. Fortuenaly, treating hearing loss can prevent these outcomes.

Hearing Aids Strengthen Brain Health
There are effective ways that hearing loss is treated, reducing the risk of cognitive decline and dementia. The most common treatment is hearing aids which are electronic devices that help absorb and process speech as well as sound. Hearing aids alleviate symptoms and maximize one’s hearing capacity. Not only does this strengthen communication and improve relationships, but hearing aids also boost overall health. Studies show that hearing aids strengthen brain health and reduce the risk of dementia. Two major studies that highlight this are:

Contact us today to learn more about how you can protect your hearing health. We are also happy to schedule a hearing consultation so you can have your hearing tested.