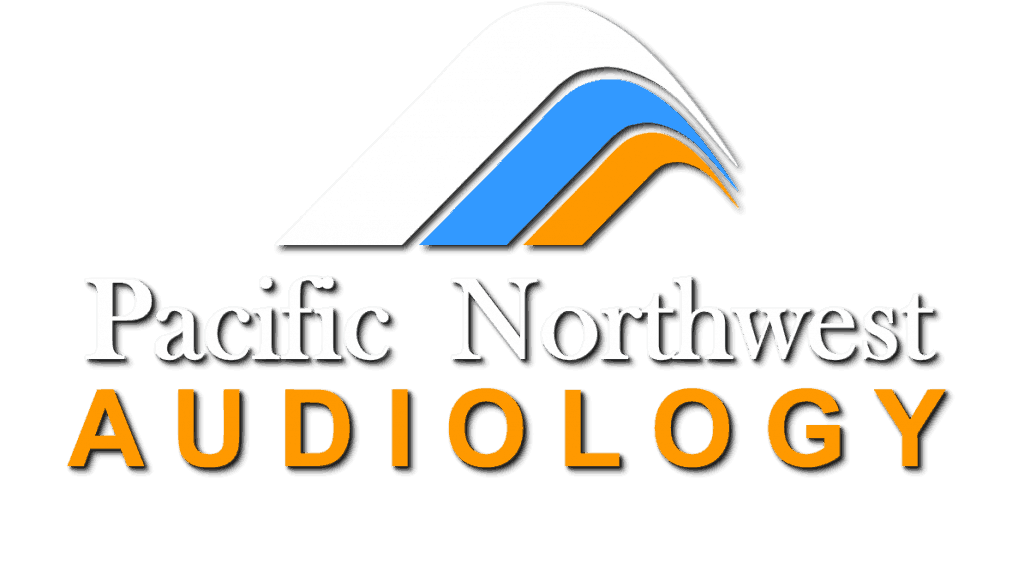 Board Certified Doctors of Audiology!
We are the hearing doctors and we know hearing loss!

"We have the knowledge, the skill and the desire
to reconnect you to your world" 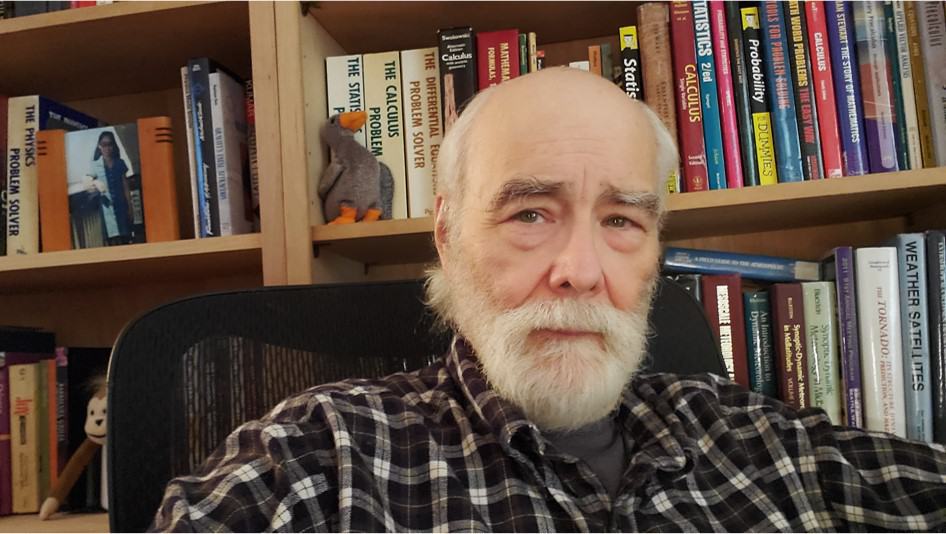 Josh is a co-founder of Pacific Northwest Audiology, but his original field was meteorology. Josh began his career in the U.S. Army (1966 – 1969), where he worked in research at Ft Greeley, AK and White Sands Missile Range, NM.

After earning a Degree in Meteorology, Josh accepted a position as Science and Operations Officer with the National Weather Service, where he earned the Research Achievement Award, The NOAA Administrators Award and the Career Achievement Award for his severe storms research, radar storm detection methods, and forecast/warning strategies. 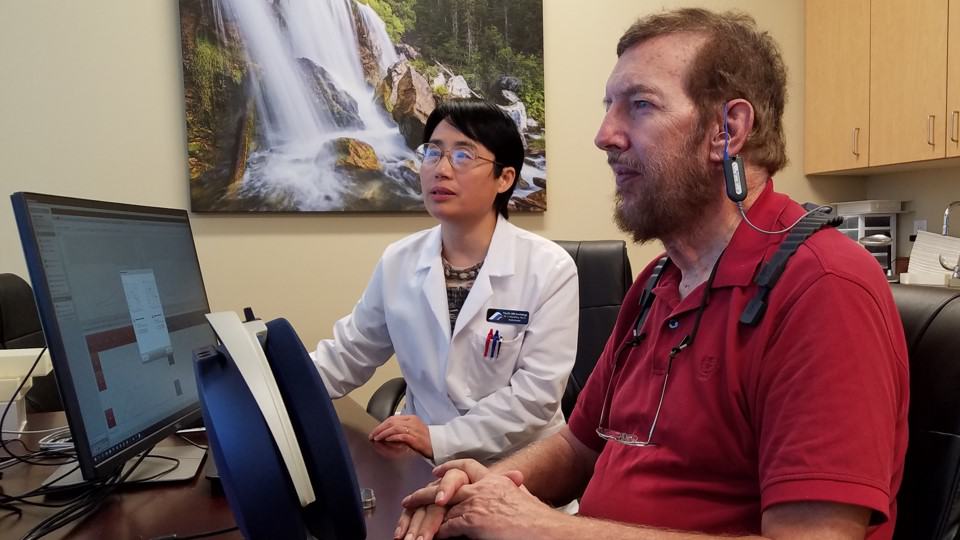 Dr Li earned a PhD with a thesis in Age-related hearing loss from Karolinska Institutet In Sweden, and a clinical Doctor of Audiology degree (AuD) from The University of Pittsburgh.

The Doctor is one of the most accomplished audiologists in the country. She has more than 20 years of research and clinical experience, and she has published more than 100 scientific studies in a broad spectrum of hearing science.

Dr. Li stands out among her peers because her credentials, experience and success with patients far exceed those of her peers. With her knowledge, experience and desire, Dr. Li will greatly improve your ability to connect with others, and that will improve the quality of your life! 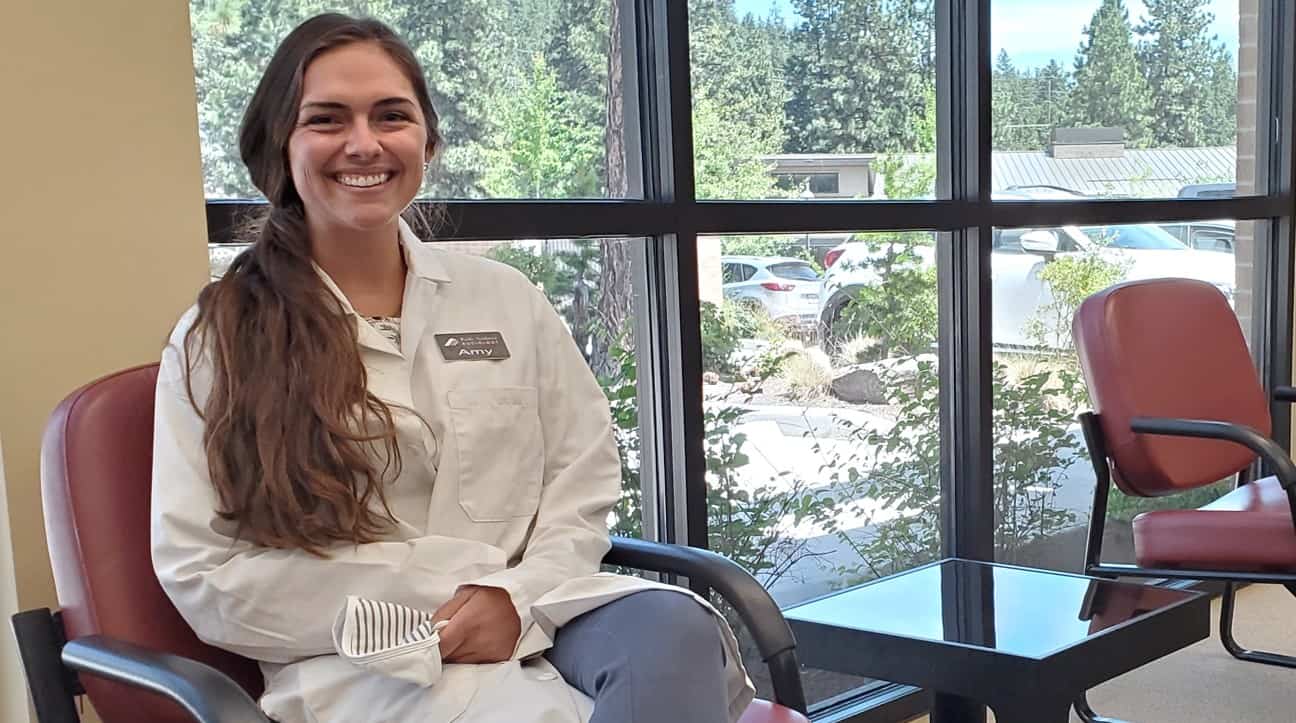 Amy has a Bachelor of Arts degree in Speech, Language and Hearing Sciences from San Diego State University and completed her academic requirements for a Doctor of Audiology degree from the University of Austin, TX in May.

After completing their academic requirements for a Doctor of Audiology Degree (AuD), students must achieve clinical proficiency by completing a one year externship under the guidance of an experienced audiologist.

Amy is a knowledgeable and talented young professional. During the next year she will fine tune her diagnostic and clinical skills with Dr. Li, who will mentor her professional development. 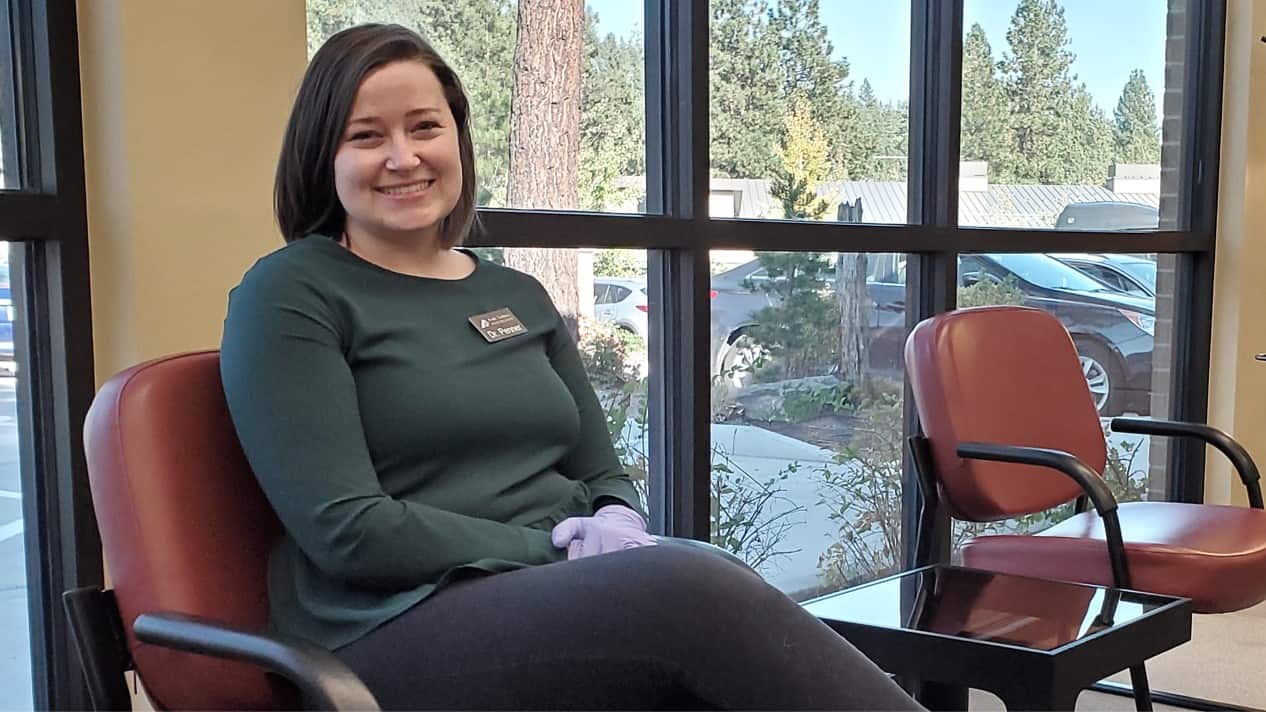 Dr. Penner received a Doctorate in Audiology from Pacific University in Hillsboro , OR. Her previous position was with HearUSA, where she diagnosed and treated hearing loss in adult patients. She is a strong believer in educating patients to make their best decisions.

In the hearing aid arena, Dr. Penner is well experienced in the use of Real Ear Speech Mapping, the gold standard of hearing aid fitting and a best practice utilized by Pacific Northwest Audiology. She is also proficient with all hearing aid manufacturers.

Dr. Penner enjoys spending time with her Siberian husky. She also likes hiking and kayaking. The Doctor is a talented young audiologist with much to offer. We (and our patients) are delighted that she is with us. 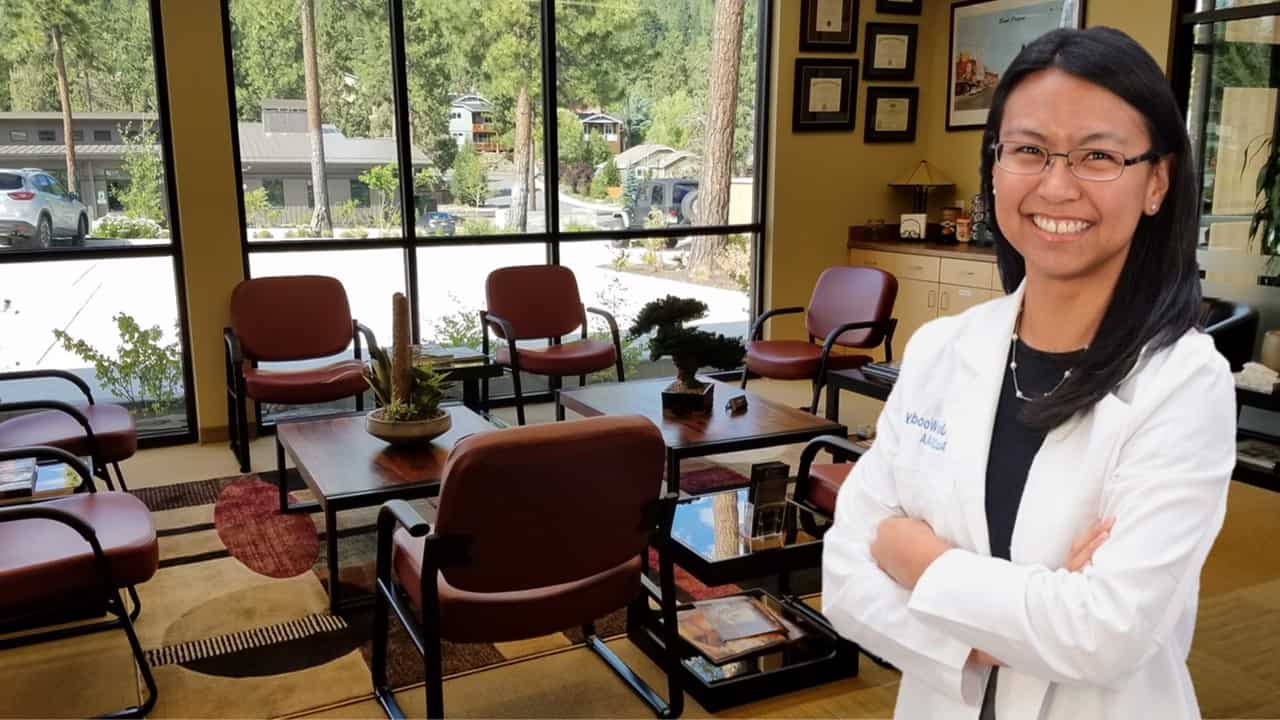 Dr. Woody obtained a Doctor of Audiology degree from the University of Pittsburgh, and worked in private practice for seven years before coming to Pacific Northwest Audiology.

After experiencing clinical practice, the Doctor decided that patients need to be involved in every aspect of their care, so she hunted for a clinic where she could refocus on ensuring patients are properly educated about their hearing, hearing healthcare and hearing aids.

At Pacific Northwest Audiology, Dr. Woody found a clinic that aligned with her expectations, and we found someone who aligned with ours! That’s what you call a win win win situation for her, for us, and our patients!

Book An Appointment!
Read Our Reviews! 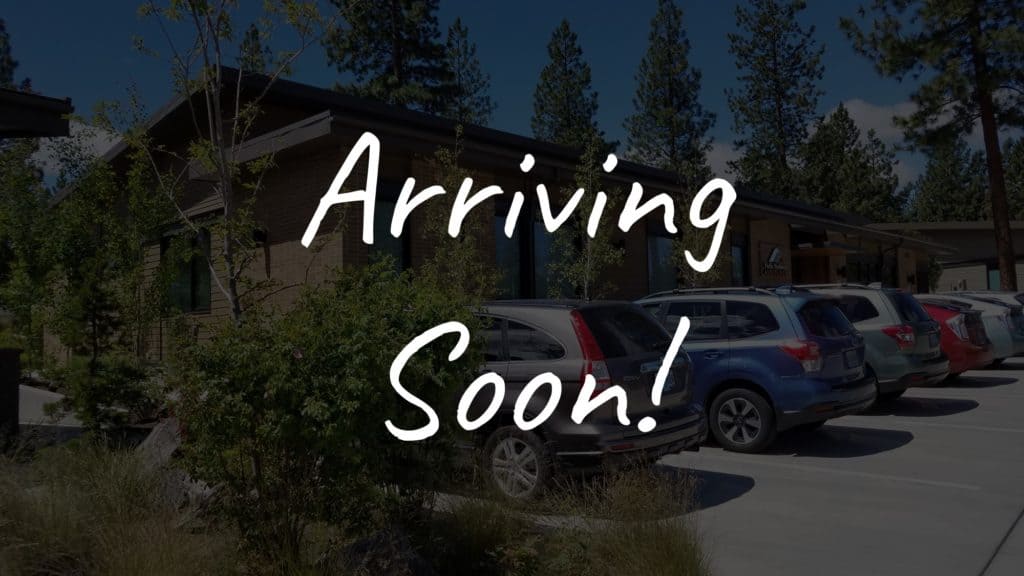 A talented new Patient Care Coordinator will be here in a couple of weeks. Stay tuned! 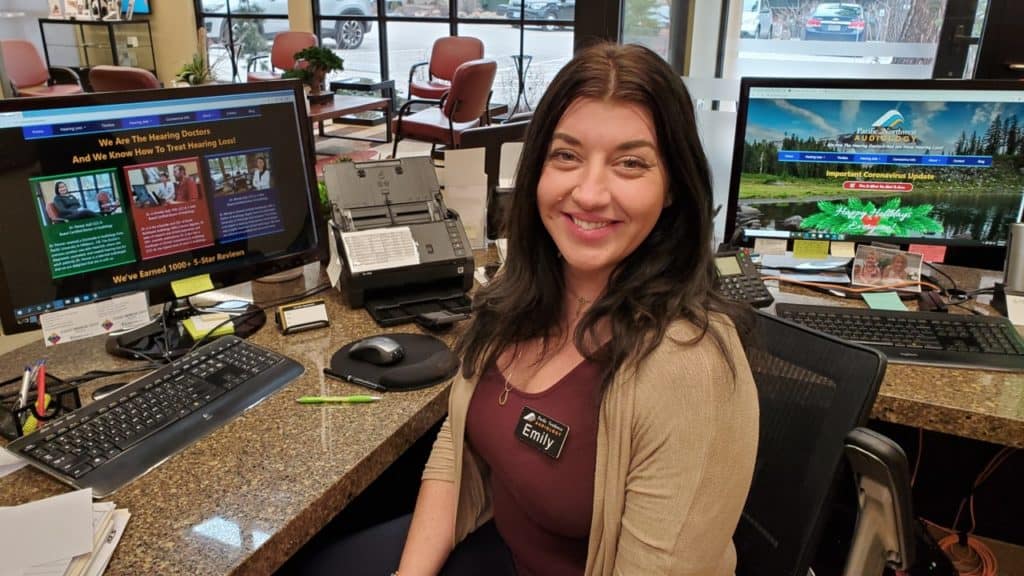 Emily has a Bachelor’s of Science degree in Psychology from Idaho State University with an emphasis in child development and biomedical studies. She has extensive experience in patient care and customer service.

Emily’s last position was as a Case Manager with Advanced Recovery systems in Ridgefield, WA, where she was responsible for patient care in an 80 bed inpatient drug and alcohol rehab.

In addition to Case Management positions, Emily worked as a Patient Care Coordinator and scheduler for Innovative Services NW, where she managed patient appointments and coordinated routing of patient to 11 therapists in the multidisciplinary pediatric clinic. Her education and expertise are exactly what we were seeking for patient care at Pacific Northwest Audiology.

Emily is naturally outgoing and genuinely likes people. She also enjoys the strength sport of powerlifting. 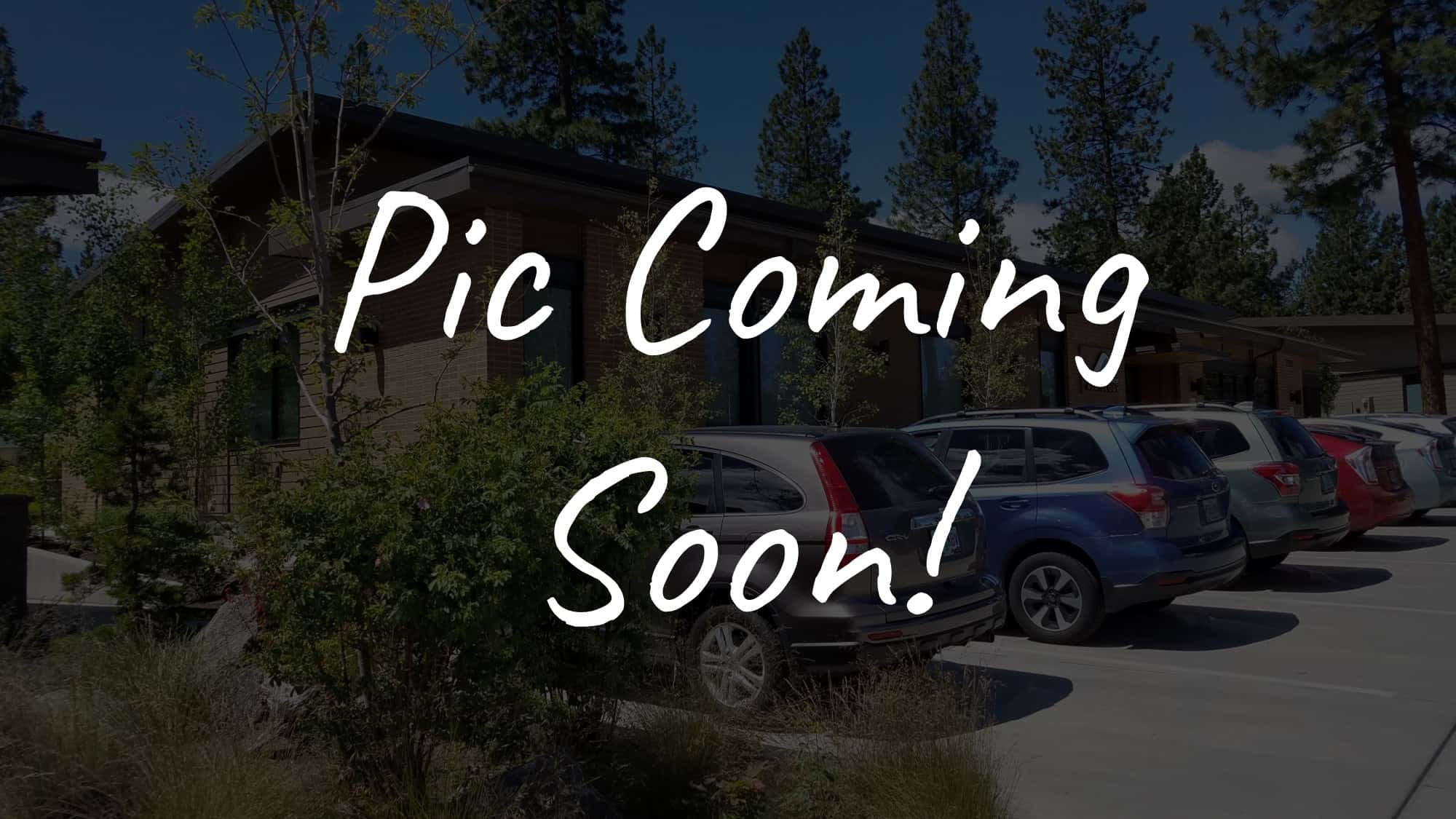 Kristen has a Bachelor of Science degree in Rehabilitation and Disability Services from Northern Illinois University, with an emphasis in health and human sciences.

As an Audiology Lab Assistant, Kristen maintains audiological equipment; cleans, trouble shoots, and repairs hearing aids, and helps with a host of other patient support functions.

Kristen’s previous position was with Central Oregon Radiology Associates, where she was a medical assistant and responsible for both administrative and technical support to patients. While there, she gained valuable experience working with patients in a medical setting, which will be a continuing benefit for our team. 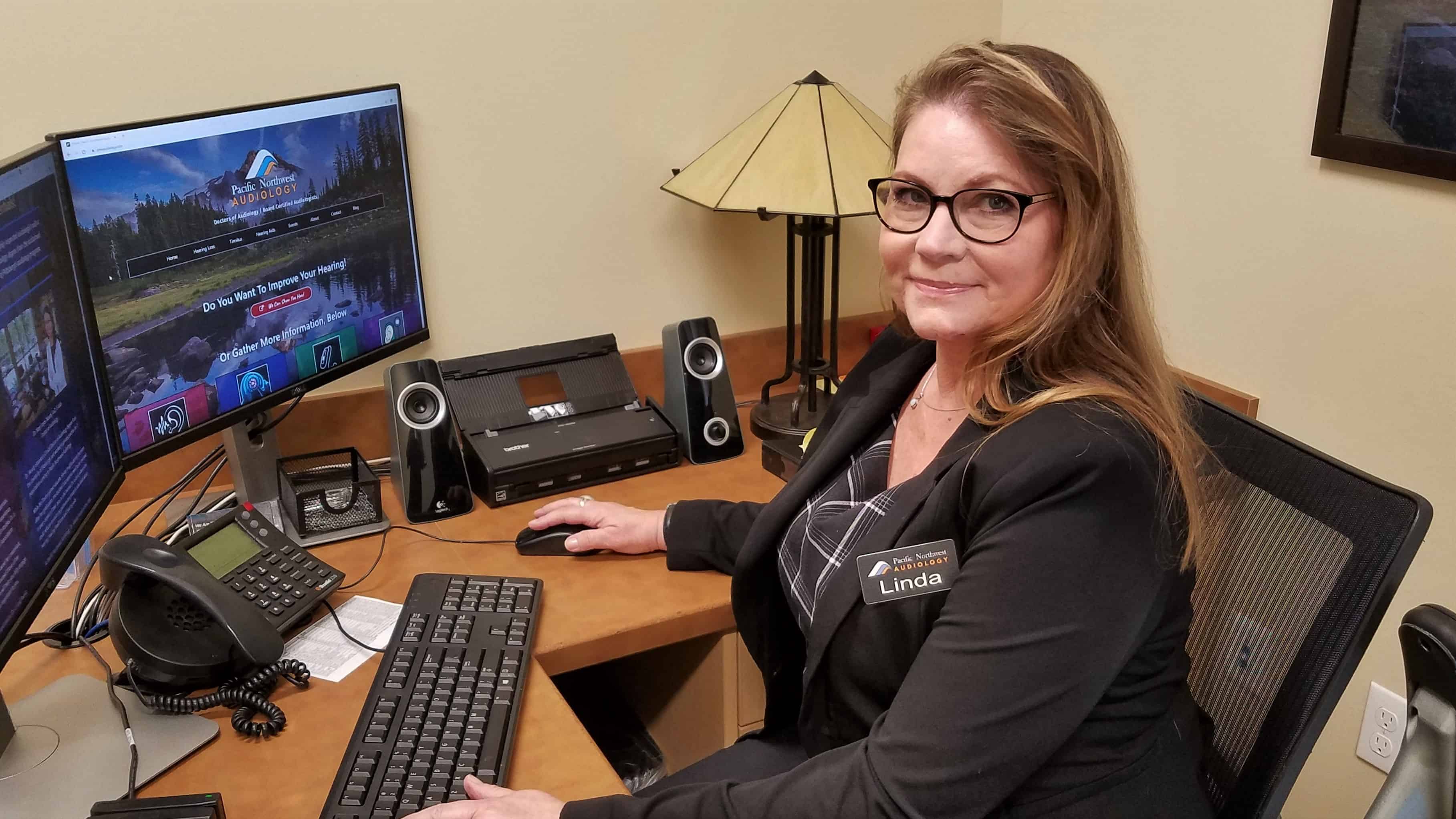 Linda is certified as a Registered Health Information Technologist (RHIT). Linda also has a degree in Dietary Management from COCC.

As her community project at COCC, Linda developed a website and blog for the Central Oregon Health Information Management Community in Central Oregon.

Linda enjoys writing, photography, cooking and hiking, and has a passion for community work.

Our Patients Have High Expectations...And We Deliver!

Are you ready for better hearing?

Consult One Of Our Doctors