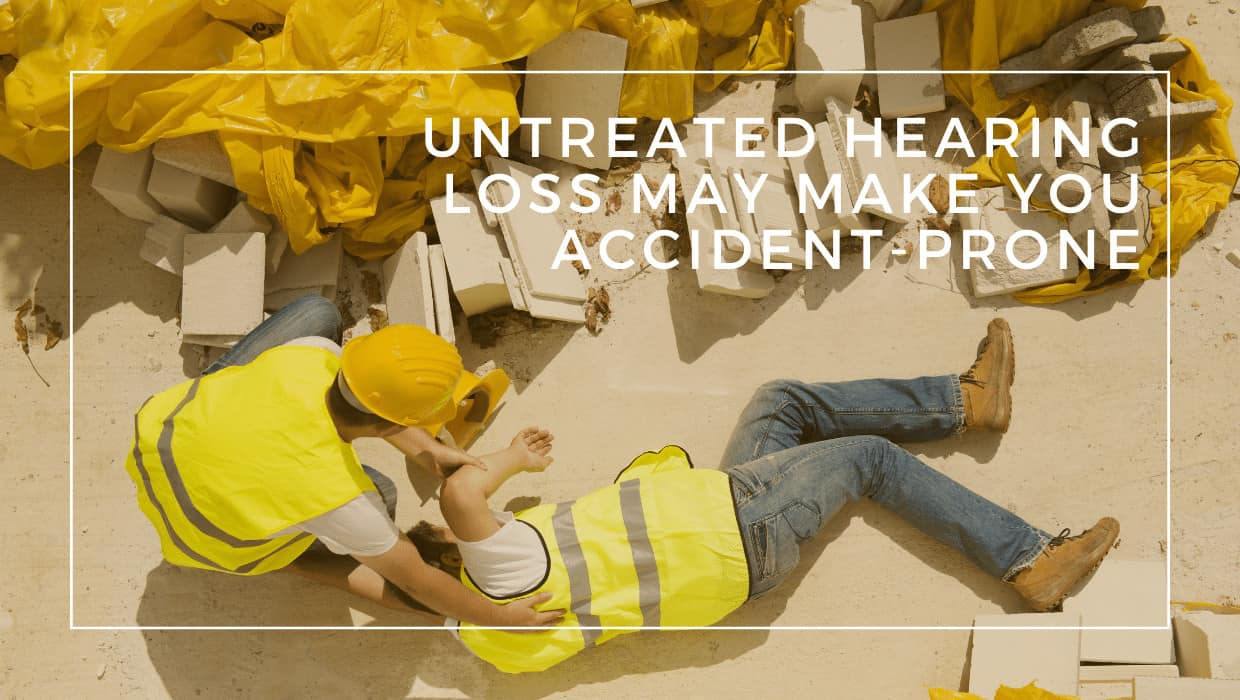 No doubt you can imagine situations in which hearing loss is associated with an accident. Imagine yourself out and about, minding your own business. If a flying object were approaching you from behind, then your sense of hearing would likely be the first line of recourse to make you aware of that approaching danger. Yet, how often has this situation happened to you or someone you know?

In a sense, it seems highly unlikely that you would encounter a danger that required hearing to alert you to it. Despite the rarity of these situations, recent studies have demonstrated that hearing might be used to prevent accidents more often than you might think.

Particularly when you think about the subtle echolocation responses that we use without thinking, the likelihood of accidents related to hearing loss might seem more plausible. Let’s look at one significant study that correlated hearing loss with the frequency of accidental injuries. This study might shed light into some of the ways that hearing protects us from harm.

One of the benefits of the age of “big data” is the ability to track people’s experiences over time. When surveys are completed year after year among the same group of people, this type of data collection is called a panel survey. On the other hand, when a sufficiently large, random sample of people are asked questions year after year, we can learn about trends in the total population.

The National Health Interview Survey is just that kind of data collection method. Each year a sample of respondents are selected from the entirety of the United States population. If this group is large enough and does not have any bias in the way individuals are selected for participation, then their trends should tell us about the population more generally.

This survey was used to generate information about the relationship between accidental injury and hearing loss. The numbers of people with hearing loss were compared with rates of accidental injury. This study was performed by doctors Harrison W. Lin, Hossein Mahboubi, and Neil Bhattacharyya at the University of California Irvine and Harvard University Medical School.

Their analysis used this cross-sectional data from the NHIS from 2007 to 2015 in order to track changes over time and to get a number of different samples. The results confirmed what was known in a number of other studies. First of all, a total of 6.6 million people had accidental injuries between those years in the United States. Within that group, 1 in 6 people described their hearing as worse than “excellent” or “good.”

This difference led the researchers to make the inference that hearing loss was significantly correlated with a higher risk of accidental injury.

In addition to these results, the researchers wanted to know what kind of activities led to the correlation between hearing loss and accidental injuries. They had data available on three categories of the cause of these accidents: driving, work, and leisure. In the first case, there did not seem to be a significant relationship. Those who had driving injuries were no more likely to have hearing loss than the percentage in the general population.

However, higher rates were discovered among those who had work-related and leisure-related injuries. What does this mean? More research is necessary to understand the reason for these injuries. Many wonder if a subtle echolocation effect is at play. When we move through space, our hearing alerts us to the presence of objects according to reverberation effects against surfaces. It is possible that something as simple as tripping or stumbling over an object might be related to compromised ability to orient in space with this reverberation effect.

As researchers pursue research into the nature of this relationship, one thing is sure: the benefits of getting treatment for your hearing loss might extend far beyond what you had imagined! If you have experienced changes in your hearing, contact us today to learn more about our comprehensive hearing health services.