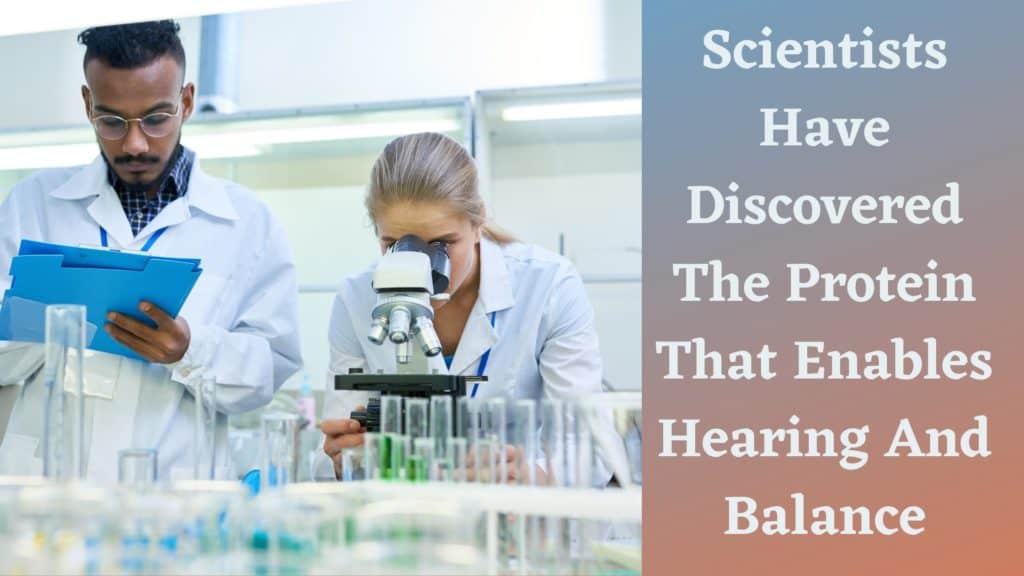 Scientists Have Discovered The Protein That Enables Hearing And Balance

Hearing scientists have long been able to identify when hearing loss occurs and in which ranges of sound. Audiometric testing is quite precise in identifying the types of sound that people can no longer hear, both in terms of the frequency, or pitch, of the sound and the amplitude, or volume. However, until the past few years, we have not had a good sense of the specific details of what makes hearing loss occur.

A recent discovery is pointing not only in the direction of understanding the specific nature of congenital hearing defects but also some potential solutions down the road. The protein they discovered is called TMC1, and understanding how it works also lets us know how hearing is affected when it is absent. Furthermore, we can imagine what would happen if it were possible to replace TMC1 through advanced gene therapies.

In order to better understand the functioning of TMC1, we need to understand something about the relationship between proteins and amino acids. Proteins are effectively chains of amino acids. Researchers at Harvard Medical School used advanced modeling techniques to identify 17 amino acids that seem to be particularly important to the chained functioning of the protein TMC1. Within these 17 amino acids determined by the model, they wanted to see which were responsible for a particular functioning of the hair cells that translate sound into electricity. Sound is pressure that presses against the features of the ear, but the brain requires an electrical impulse to be able to process hearing. It turns out that there are pores on the hair cells of the inner ear that admit electrically charged ions, such as calcium and potassium. One of the main ways hearing can be damaged is for the pores to stop admitting those ions.

Once TMC1 was identified as the important protein in allowing hearing to take place, the next important step was to learn which of the 17 amino acids was most important to the process. Through experimentation with lab mice, the researchers at Harvard Medical School worked through each of these 17 amino acids in turn. They found that the absence of 11 of them altered the flow of ions through the pores. Among these 11 amino acids, the absence of 5 of them had a profound effect on the ability to hear by admitting ions through the pores, reducing the flow by 80 percent. Finally, within these 5 important amino acids, only one—an asparagine located at position 447 in the protein—was able to completely block the flow of ions through the pore. Researchers will use this knowledge to begin reverse engineering potential gene therapies that might be able to restore hearing for some people who are lacking the gene for TMC1 production at birth.

The Benefits of New Therapies

Until now, hearing scientists have not discovered a way to regenerate hair cells within the inner ear when they have been damaged. In fact, there are only 16,000 of these cells in the ear, compared with one hundred million cells in the human retina. These 16,000 cells are precious, and without an ability to regenerate them, the process of hearing loss has been thought to be degenerative and permanent.

Despite these realities of the body, new therapies are investigating if it might be possible to grow these unique hair cells in other ways. Gene, drug, and stem-cell therapies consider what factors might make it possible to grow these hair cells in lab environments. With advances in this area, including the knowledge of TMC1, researchers can begin to think about transplanting these cells into the human body in a way that might durably replace some of the hair cells. As scientists continue to develop these crucial new approaches, the current therapeutic approaches rely on hearing assistance. Although they do not regenerate the cells of the ear, they are able to amplify sound to a level that it can be detected once again.

If you have hearing loss and have not yet pursued treatment, the time is now to get a hearing test and to learn what you can do to improve your hearing and communication ability.