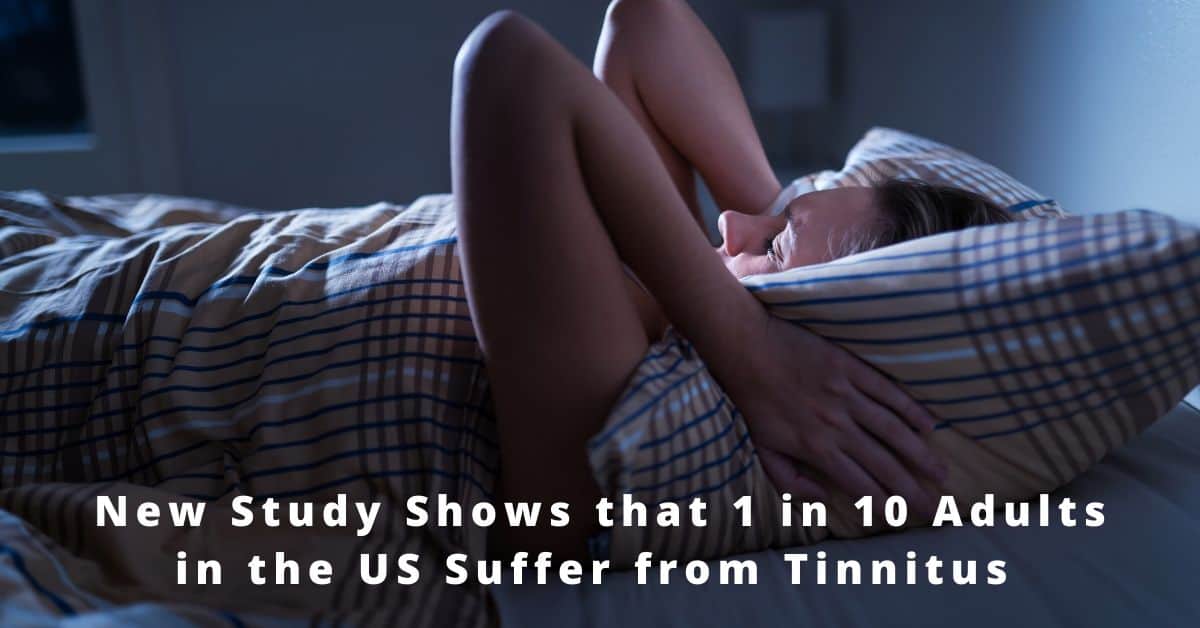 Have you ever left a noisy environment only to find that your ears were still making noise? If so, you are not alone. The effect of noise or loud sound on the ears can be dramatic, and hearing loss is not the only effect of noise exposure. In addition to creating an inability to hear, exposure to loud sound can also create a condition called tinnitus.

A recent study conducted by researchers at the University of California, Irvine was published in the Journal of the American Medical Association Otolaryngology-Head & Neck Surgery. The findings might surprise you.

How Common Is Tinnitus?

The study engaged 75,764 respondents over the age of 18 to ask about experiences with ringing, bussing, or whistling in the ears. Among this large group of research participants, 9.6% reported that they had experienced tinnitus in the last 12 months. Scaled up to the level of the entire United States population, that would mean that 21.4 million adults experienced tinnitus in the last year. What was just as informative to the researchers was the duration of tinnitus.

Among those who reported some form of tinnitus in the last year, 27% reported that their tinnitus had been ongoing for at least 15 years, and 36% reported “constant symptoms.” These rates of tinnitus symptoms prompt researchers to consider other psychological effects of tinnitus, as well as what can be done to either protect against tinnitus or to treat it once it has been developed.

What are the Psychological Effects of Tinnitus?

The experience of ringing, buzzing, or whistling in the ears for an extended period of time can be incredibly fatiguing, making the person with tinnitus feel as if they cannot escape the sound of their own head.

Sleep disturbances are common, wherein a person hears such loud sounds—even in “silence”—that they have trouble falling asleep or staying asleep for the entire night. Indeed, among those in the study who reported tinnitus, 7.2% said that it was a big or very big problem in their lives. 42% said that the condition was a minor problem they had to deal with. In addition to the feeling of disturbance, tinnitus can lead to more serious mental health effects, such as anxiety or depression. When added to the possibility of sleep disturbances, the psychological effects can be dramatic, particularly for those who have chronic tinnitus.

Protection and Treatment for Tinnitus

One of the best things you can do if you do not currently have tinnitus is to take steps to protect against it. Hearing protection comes in many shapes and sizes, but we know that some protection is better than none at all. Simple disposable foam earplugs are helpful, and you can also seek out custom-fitted hearing protection that makes it possible to converse while you’re wearing them and also to receive the benefits of protection. Limiting your time with earbuds or headphones is yet another way to prevent tinnitus before it occurs. Using these devices at too loud a volume for too long a time can do permanent damage to the sensitive stereocilia in the inner ear.

If you have found that you already are among the 21.4 million Americans who have experienced tinnitus in the last year, the good news is that new treatments are available to help you cope with the condition. As a component of hearing aids, your hearing health professional can tell you more about technology that in effect plays tones into your ears that cancels out or mutes the effect of tinnitus. The resulting quiet can come as an immense relief for those who receive treatment of this kind.

Don’t delay consulting with us about the treatment options available to you. With the right line of treatment you might be able to finally escape that persistent sound of ringing that has been with you for so long. Contact us today!