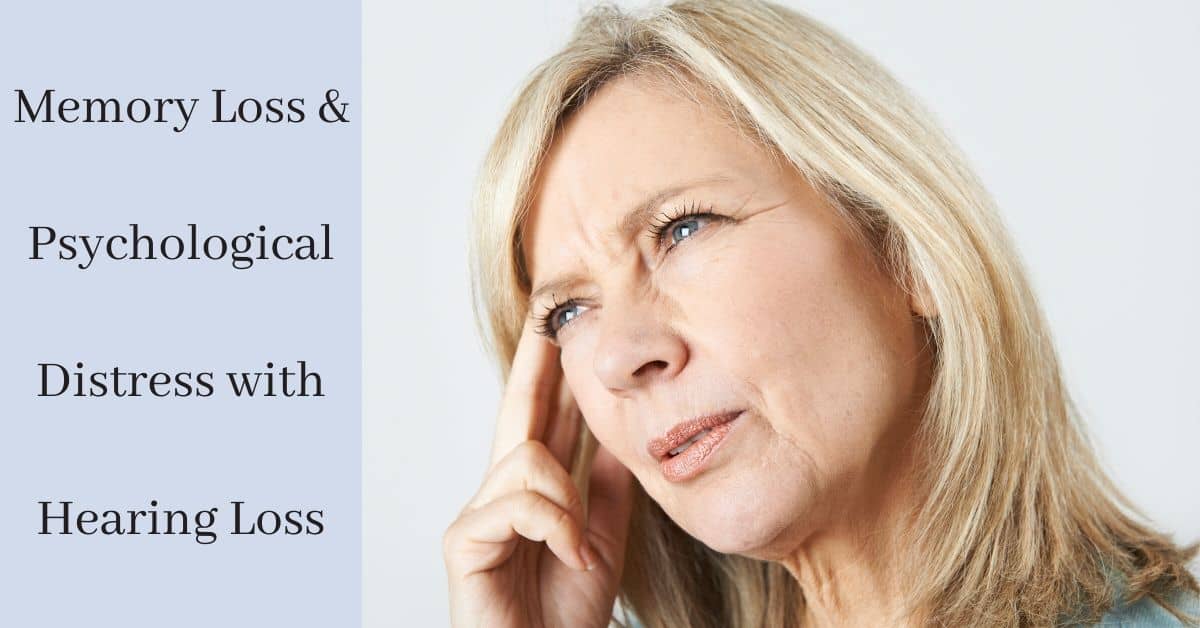 How is hearing loss related to other conditions, such as memory loss and psychological distress? Anecdotal reports suggest that they are related, but researchers continue to seek strong evidence that one of these conditions causes the other. Although it is entirely possible that they have a direct relationship for some individuals, researchers are more curious about how the connection works for the population in general.

In addition, they are particularly interested in demonstrating the isolated effect of hearing loss apart from the many other contributing factors. Although many factors can cause psychological distress, for example, they are really curious to find out if the effect of hearing loss is causing additional psychological distress, even accounting for all those other things that might be causing distress.

One way to answer some of these questions is to survey a very large group of people. If you ask a few people questions about the relationship between hearing loss, memory loss, and psychological distress, you might find very different answers from one person to the next. Only by asking the same questions to a very large group of people would you be able to isolate the effect of hearing loss apart from the many other factors that we know can cause memory loss and psychological distress. In order to survey this very large group, enormous amounts of funding and resources are necessary to properly carry out the survey.

In 2016 just this type of survey took place, called the “Comprehensive Survey of Living Conditions in Japan.” This survey asked a very large group of older adults aged 65 or higher about many features of their lives. One of the questions asked about their experience of hearing loss.

Out of the total group of 137,723 people (none of whom had a clinical diagnosis of dementia), the researchers wanted to isolate the direct relationship between hearing loss, memory loss, and psychological distress. Out of this large group, 12,389 (9.0%) reported having hearing loss, and these people were compared to their “counterparts” who did not report hearing loss. It would be one thing to be able to say that those with hearing loss had higher rates of memory loss and psychological distress, but they also differ from the other group in other meaningful ways.

The researchers would be left wondering if it was the hearing loss that was to blame or one of the other factors that made them different. In order to solve this problem, the researchers used “regression analysis,” a statistical method that effectively divides a large group of people into small groups with similar characteristics. Rather than considering the whole group at once, the statistical method isolates these small groups according to defined parameters and then considers the differences between them based on hearing loss, memory loss, and psychological distress.

With the variables used in this study, it is possible to consider, for example, 80-year-old men who are heavy smokers, who have only a high school degree, who live only with their partner, and who spend the equivalent of $3,000 per month on expenditures. This level of precision makes it possible to take this small group that has much in common and then to consider the differences based on hearing loss alone.

When it came to memory loss, the difference was even more extreme. 37.7% of those with hearing loss had memory loss, as well, but only 5.2% of their counterparts without hearing loss reported memory loss. With these incredible results, researchers now have the task of determining if hearing loss is actually causing psychological distress and memory loss or if there is another confounding factor in the relationship that has not yet been identified. Despite this need, these results are a strong claim for their relationship.

Results from many different studies have shown that treating hearing loss is beneficial to one’s cognitive function. If you’re ready to take the first step toward better hearing health, contact us today to learn more.