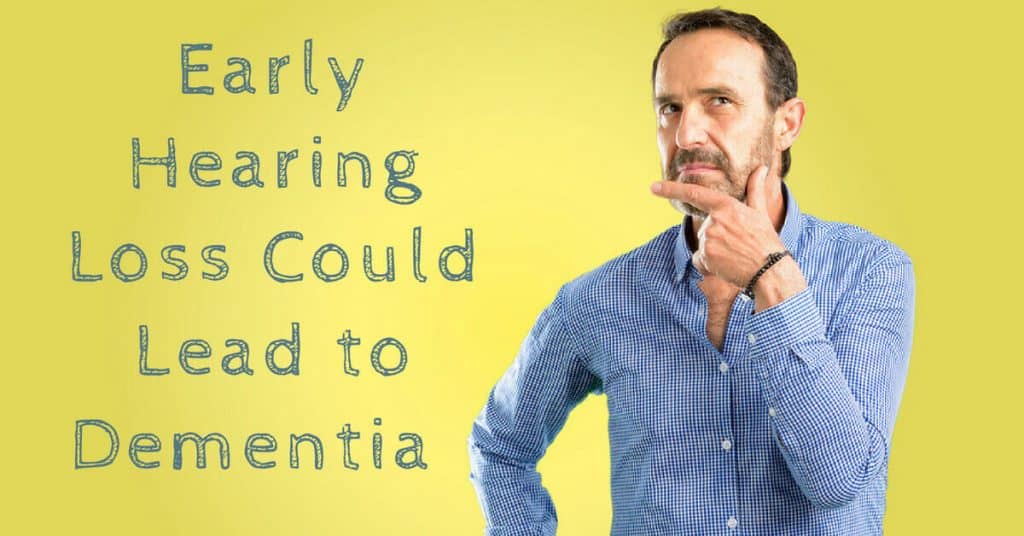 Living with hearing loss is no walk in the park. You have trouble following conversations, can’t seem to focus, and have noticed that your relationships aren’t as good as they once were. You don’t always hear your alarm clock, and you know miss things when you’re driving. But did you know that hearing loss can also lead to dementia?

Most of us take our hearing for granted. We listen to music with our headphones at maximum volume, attend sports events without hearing protection, and have no idea just how damaging daily traffic noise can be.

Hearing loss in this case isn’t about the ear, it’s all in the brain. This pattern of processing information in both hemispheres is similar to brain function seen in older adults with dementia. Lead researcher Yune Lee explains. “Hearing loss, even minor deficits, can take a toll in young people — they’re using cognitive resources that could be preserved until much later in life. Most concerning, this early hearing loss could pave the way for dementia,” says Lee.

For people with mild hearing loss, all this added effort required to process speech shows the toll hearing loss is taking on the brain. In fact, the risks of developing dementia are twice as high for those with hearing loss! And for adults with moderate to severe hearing loss, that increase to three to five times the risk of dementia! “Their brains already know that the perception of sound is not what it used to be and the right side starts compensating for the left,” explains Lee.

If young people are already showing signs of an aging brain due to hearing loss, then it’s easy to understand how hearing loss can speed the development of cognitive decline, and lead to an early onset of dementia. As your hearing worsens and you put more effort into hearing, you have less cognitive resources available for other tasks, like reasoning and memory. This drain can hasten the onset of dementia.

Lee and the other researches on the project advise adults, especially young adults, to look after their hearing, and not take this important sense for granted. Whether it’s wearing hearing protection at a concert, or turning down the volume on your earbuds, it’s important to avoid exposing yourself to dangerously loud noises. You might not think much of spending an evening in a noisy pub, but all the noise exposure could lead to some very undesirable consequences. “Letting [hearing loss] happen early in your life,” Lee warns, “could be like spending your retirement money when you’re in your 30s. You’re going to need that down the road.”

The good news is that having hearing loss, whatever your age, doesn’t mean you’ll have dementia. Living with untreated hearing loss, struggling to communicate, and enduring a lower quality of life could have you struggling with rapid cognitive decline and increase your risk of dementia. However, treating your hearing loss early could save your brain. The link between hearing loss and dementia gives doctors hope that treating hearing loss could drastically reduce the rates of dementia among seniors and slow the progress of this degenerative disease. Getting a quality pair of hearing aids improves cognitive function, boosts concentration, and improves memory. Wearing hearing aids will lower your chances of developing dementia.

If you have hearing loss, don’t waste another minute, but visit us at Pacific Northwest Audiology to invest in your future, and keep your brain working at 100%. You’ll hear sounds you haven’t heard in years, but even more than that you’ll be reducing cognitive decline and reducing your risk of developing dementia.